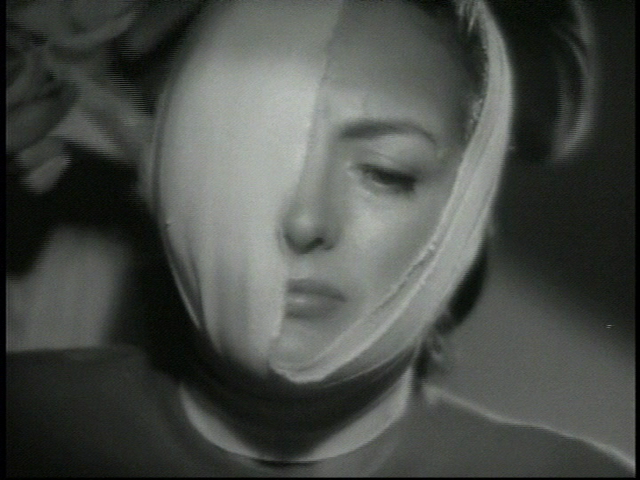 Joan Crawford in A Woman’s Face

I’ve always enjoyed old movies and recently I caught one I hadn’t seen before: A Woman’s Face, starring Joan Crawford.  In the film, Crawford plays a woman who was severely scarred on one side of her face as a child, and grows up extremely self-conscious of the scar.  She runs an inn, and blackmails on the side – and it’s implied that her facial scar has scarred her character as well, leading her to malicious crimes.

I won’t spoil it for you here, but suffice it to say that she meets a plastic surgeon, who after twelve (!) surgeries is able to restore her facial symmetry and she appears to have no scars (this is Hollywood after all – in real life there is no scar-less surgery!).  And as a result, she feels able to leave her life of crime behind.

Of course, I don’t think that one’s appearance determines destiny, or that scarring or deformity is associated with crime.  I do think, however, that this film dramatizes the effect that self-consciousness of a facial deformity can affect all of one’s interactions; and the converse idea, which is that others make assumptions about a person’s character based on their appearance.  Often people will assume that someone with a deformity is less intelligent and that is typically not the case!

This idea was clearly compelling during the 1930-1940s, as the film was originally made with Ingrid Bergman in Sweden, and then remade in America with Joan Crawford.  It’s impressive makeup to make either of them look deformed!  (I’ll leave it to you to look up how they were transformed, if you wish.)